Jim is a registered Organisational Psychologist and Professor of Career Development at Australian Catholic University National. Jim is an accomplished author and has published over 11 books including Brilliant CV; Getting a Brilliant Job: A Student’s Guide; and the Chaos Theory of Careers (co-authored with Robert Pryor). His books have been published in over nine different languages and are used in a variety of countries around the world. Jim is also known for his award-winning work in research and he has over 500 peer reviewed scientific research articles published in some of the leading international journals in his field.

Apart from his research and authoring work, Jim also works as a consultant and has pioneered the use of complexity theory approaches to career development and in particular the Chaos Theory. Click here for more information about the Chaos Theory.
He has over 27 years of international consulting experience specialising in career development, psychology and training.  He works with individuals & organisations, transition processes, coaching, training; and medico-legal vocational capacity assessments.
Among his many other portfolios, Jim is also the Director of Research and Impact for the leading Australian careers education organisation, BECOME Education. Jim is also a fellow of the Australian Psychological Society and a past Chairman of the National Executive Committee of the Australian Psychological Society College of Organisational Psychologists. He is also known for his public speaking and media work in the field of careers. He broadcasts on the topic of careers regularly and was the employment expert for Australian radio network, ABC radio 702. His television work includes appearances on a variety of Australian TV networks and he has written several newspaper columns in leading Australian newspapers on the topic of careers.

Brad was a well above average student at Marlborough Boys’ College. He did not have to put much thought into his career plan as he knew that the Air Force was for him. He was accepted but soon realised that this was not a great fit. Brad then worked for the PowerBoat centre in Christchurch repairing high performance engines. From there he went to the University of Canterbury and studied Mechanical Engineering. Throughout the course, Brad showed an aptitude for creative thinking, problem solving and leadership. He was the team leader of the New Zealand University Solar Powered Car Competition winning team and represented New Zealand in Australia.

On graduation, Brad worked for InFact in Christchurch before he was head hunted by the founder of Shotover Camera Systems. Since moving to this young fledgling company, Brad has been instrumental recruiting and retaining a large team that is both highly skilled and creative. The company has an international profile and their clients are worldwide. Brad and the team’s efforts were rewarded in 2018 when they received the Academy Award for Scientific and Engineering for the "concept, design, engineering and implementation" of their $NZ664,000 K1 camera system. This recognised the innovation in providing a stable platform for filming when the system was mounted below a helicopter as well as the camera design.
The team has continued to problem solve and innovate. Their latest project was camera work for the America's Cup. Brad combined his knowledge of boats to make a stable and reliable platform on the water to provide audiences around the world with high quality footage of the event. They also provided the camera and platform for the helicopter footage. The camera systems are used in the movie industry ( Credits for https://shotover.com/credits ) as well as sports events like  the 2021 Super Bowl , wildlife documentaries and public service activities such as traffic management and the safe inspection of high voltage power lines.
This year, Brad has undertaken further study to increase his knowledge of accounting and finance systems.

Chris was born and raised in the Hutt Valley. He later became Head Boy at Hutt Valley Memorial College (now Petone College) before completing a Bachelor of Arts in Politics and Criminology at Victoria University of Wellington. Here he served as student president for two years. He worked in a number of positions after graduating, including working as a policy advisor for the Industry Training Federation and a training manager for Todd Energy in Taranaki. He also served as a parliamentary advisor to both Trevor Mallard and Helen Clark.

His political career only grew from there with him being elected as the Labour MP for Rimutaka in 2008. He increased his winning margin in Rimutaka over the next several years and he became the Chief Whip of the Labour Party in 2011. During this time, he also held several portfolios such as that of the spokesperson for both State Services and Associate Education.

In 2017, Chris was elected as a Cabinet Minister by the Labour-NZ First coalition government supported by the Greens. He was assigned the role of Minister of Education. Chris is passionate about creating opportunities for every New Zealander to reach their full potential in life and believes that a quality education should be available to every child. These values have been at the heart of his work as Minister of Education over the course of the last several years. In 2020, he was also appointed as Minister for the Public Service and Minister of  the NZ Covid-19 response.

We are excited to introduce Zeena Khan, our MC for the 2021 CATE Conference.

Zeena, a Leader, Speaker, Author has worked in the Contact Centre Industry for over 20 years across four sectors - Finance, Manufacturing, Utilities and Education. From South Auckland now based in Wellington, she is the Training Manager, Customer Contact Group at the Tertiary Education Commission. As a former Area Director, Toastmasters NZ, she advocates communication and leadership through public speaking.

Zeena loves art, calling it her 'zen' which led her to publish her first poetry book in December 2020.

Connect with Zeena on LinkedIn

We are delighted to have Nigel Latta as a Keynote speaker this year.

Nigel trained as a Clinical Psychologist and worked for over two decades in the areas of forensic psychology and family therapy. In 2010, as a result of his passion for science and science education, Nigel was invited to become an associate of the world leading Multidisciplinary Health and Development Study at the University of Otago. In 2012 he was made an Officer of the New Zealand Order of Merit (ONZM) for services to psychology. He’s written eight books which have now been published in 19 countries and 10 languages. 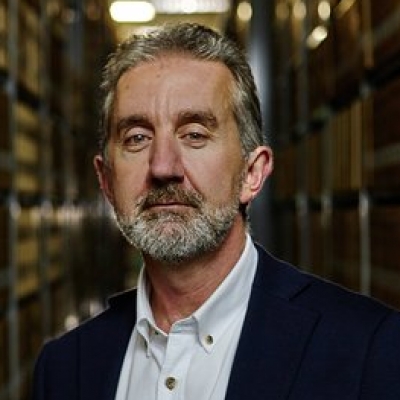